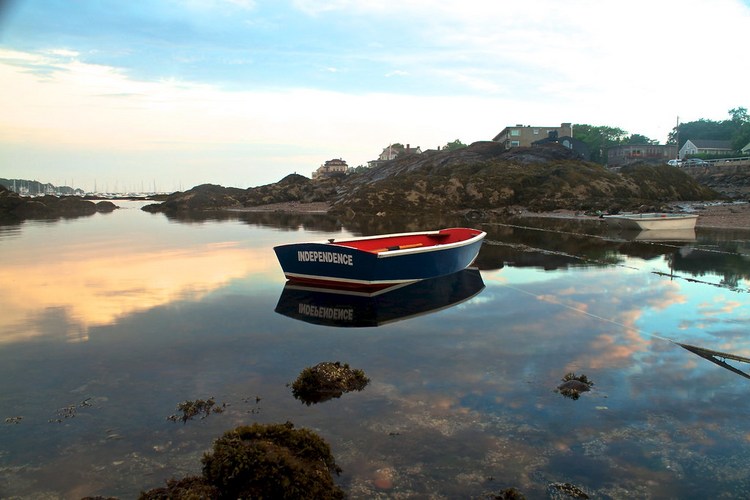 I was walking along the beach of beautiful Marblehead, MA when I spotted three small boats. Seeing that there was a beautiful sunset in the works, I rushed to set up the shot of the first boat, a bland, white row boat. I was saving this red, white, and blue boat for last. Originally, I was shooting from the shore until a man called out to me. "Hey, come over here!" Did you see what it says on the back of this boat?" On the back of the boat was a single word. "Independence." Seeing as it was near July 4th, a time of celebration of independence, and my own beginning of independence in my life (with a license!), I thought it was perfect. I adjusted the exposure so the boat would be still, as they were swaying back and forth slightly with the current. Using my cable shutter release, I snapped the photo. Post-editing was done in Adobe Photoshop Elements 10.

This Independence - independence on net.photos image has 1024x683 pixels (original) and is uploaded to . The image size is 130420 byte. If you have a problem about intellectual property, child pornography or immature images with any of these pictures, please send report email to a webmaster at , to remove it from web.