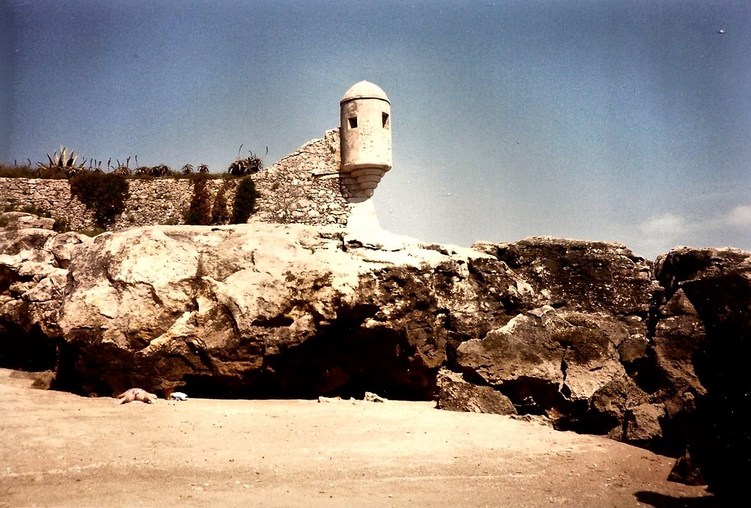 (Continuation of story: By this time the story has evolved, so in order to make sense of the tale, one must go back to the first post on Portugal or at least to the middle of the story.) Spot seemed to be adjusted to Portugal. Marvin had learned fluent Portuguese. He was also proficient in French. Spot may have been bilingual as well. I was the only American who was still struggling to greet people and say thank you. My yellow legal size tablets were growing with written words in English, but I was struggling. I still spent hours trying to write. It didn't help that I was a harsh critic. Developing conversations for my book was a problem. They seemed stilted and fake. I looked forward to my next cup of expresso to stay awake in the afternoons. Every day business was complicated. Remember this was before emails, international credit and debit cards and cell phones. I had to plan ahead for money to be sent from my bank in America. My dear loyal friends back in the States helped. I was learning about the Portuguese culture and society. I viewed their culture as parochial and insular. They accommodated visitors, but really didn’t embrace them. One always felt like an outsider even those who could speak Portuguese. There was a touch of sorrow in their music and the way the clung to the past. This intrigued me and perhaps strangely this was this quality that I have always remembered and respected. Their famous voyagers looked out on the oceans surrounding them. They conquered those oceans and the fishermen, fished the waters to sustain themselves. It was always dangerous and many were lost at sea. They discovered many far off exotic lands on many continents bringing back spices and treasures. The people of modern Portugal seemed to have been living in that glorious past while the rest of Western Europe was moving toward a more modern world. At first, it was difficult to understand but soon became the most charming gift that Portugal gave me. One day when Marvin and I met for a glass of wine he asked me if I wanted go on a shared trip to Morocco. I jumped at the chance to leave my yellow tablets behind. This chance meeting had just allowed me to fulfill a dream of a lifetime and live out the tales of wanderlust I had read about in James Michener’s book, “The Drifters.” I had never really felt carefree in my lifetime. He would drive his Volkswagen and I would navigate. We would split expenses. Along the way we, would stop in Portugal and Spain so he could look for a permanent place to live. We had no time frame. We would just take to the open road. This picture of a beach I frequented in Cascais is symbolic of how I eventually viewed the wonderful people of Portugal They looked to the sea, but were also walled off from developing Europe. These are only my views and many of you have your own views and of course your own memories of the country.

This How To Print My Own Business Cards - portugal-6- on net.photos image has 1024x693 pixels (original) and is uploaded to . The image size is 222532 byte. If you have a problem about intellectual property, child pornography or immature images with any of these pictures, please send report email to a webmaster at , to remove it from web.