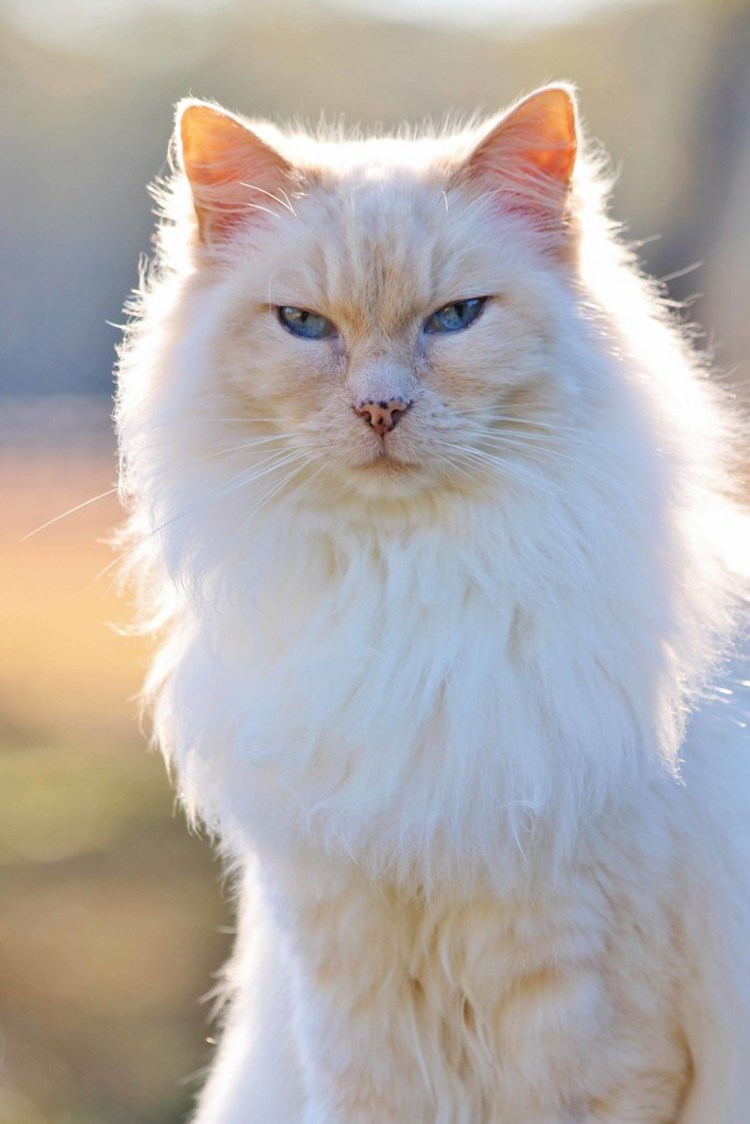 Yep, Kevin is the newest member to Critterland. Kevin was not planned but just happened. Here is his story; He was found can you believe, of all places the zoo. It was after hours and one of the keepers saw him around the bin looking for food not far from the lion enclosure. He easily came to them so it was obvious he was someone's pet. He stayed a few nights at the zoo while the keepers did the rounds of the neighbourhood to find his owner until I said i would take him and advertise him to find his owner. That I did and I had a response from a girl claiming he was her cat that had gone missing 12 months ago. I was extremely skeptical and even more so after she sent me a photo of her cat and they just simply weren't the same cat. Different markings and Kevin had not been missing for 12 months as his coat was clean and not matted. She wanted to look at him and I made the stupid mistake of saying yes . It was evident even more to me that he wasn't her cat but she was convinced it was. Over the next 2 weeks she would ask for her cat and I always said no until the point that i thought she was going to be a nuisance and decided to relent and give her the cat on the proviso we do the hand-over at the vet and she at that point gets him micro chipped. I did not hear from her in 3 days, then i get a message again wanting her cat. She finally makes a vet appointment. Once at the vet, the vet has an issue of micro chipping him. As he was found and this girl can't prove that he is actually her cat. Legally the vet then takes Kevin off me and surrenders him to the pound, leaving it then up to the girl to go and claim him and prove to the pound he is hers. So Kevin spends 9 days in lock up and after his time was up, she had not gone to claim him or even call so he was going to then be put up for adoption....... I felt this huge obligation to take him on because I fought so hard for him. Plus he is a lovely cat and the 2 weeks at my house he was no trouble and figured in time he would settle in with the rest of the critters. So fast forward to now. He has settled really well and although no one actually likes him they can all share the same space together. The tabby boys are fine with him and Charlie is not there yet but I also expected him to take the longest. Will fill you all in a bit later on Kevin's personality and the interactions in following posts. I called him Kevin because i thought he had to have some sort of lion or zoo name but I didn't want to call him Milo or Amari so I went for Kevin after Kevin Richardson the lion whisperer. ( Google him and see his interactions with lions plus the zoo donates to his foundations so Kevin it was.)

This Google Meet - meet-kevin on net.photos image has 683x1024 pixels (original) and is uploaded to . The image size is 93693 byte. If you have a problem about intellectual property, child pornography or immature images with any of these pictures, please send report email to a webmaster at , to remove it from web.