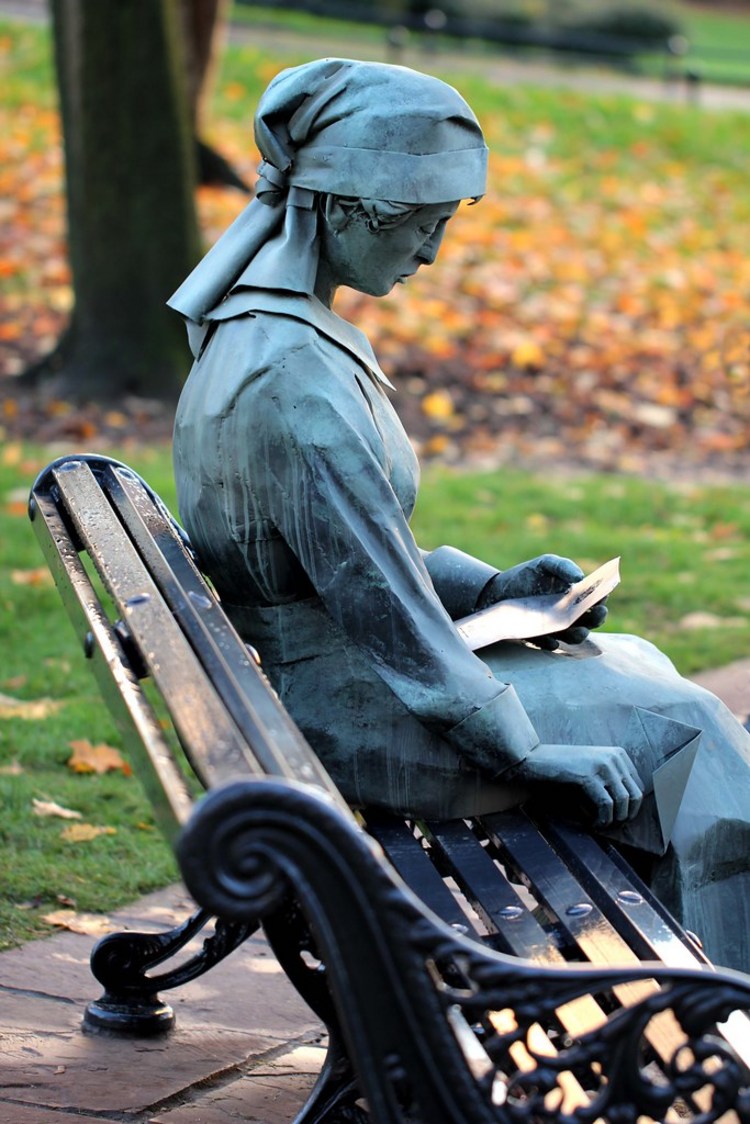 #11. Message...theme for 114 pictures in 2014 Vera Brittain was born in my home town of Newcastle under Lyme in December, 1893. The mother of Shirley Williams - Baroness Williams of Crosby. Vera was a writer, pacifist and author of the 1933 memoir Testament of Youth in which she tells of her harrowing experiences in the First World war. She lost her fiance, two close friends and her beloved only brother Edward in the war. Their letters to each other can be found in the book Letters from a Lost Generation. She is seen sitting on a bench in the grounds of my local museum and art gallery. In the sculpture she is wearing her nurses uniform, she was a WW1 nurse. The letter she is reading is informing her of the King and Queens sympathy regarding her loss..... 'The King commands me to assure you of the true sympathy of His Majesty and The Queen in your sorrow.' Just to the side of Vera are 4 flagstones with the inscription of a passage from The Testament of Youth below........ www.flickr.com/photos/jeanniedee/15674199680/in/photostream/ 'I sat in a tree shadowed walk called The Brampton and meditated on the war. It was one of those shimmering autumn days when every leaf and flower seemed to scintillate with light and I found it " very hard to believe that men far away were being slain ruthlessly....... It is impossible I concluded to find any satisfaction in the destruction of men....... whether they be English, French, German or anything else, seems a crime to the whole march of civilisation ". Vera Brittain. 1914 From The Testament of Youth. 1933.

This Flowers From 1970 Book - 11-message-vera-brittain-1893-1970 on net.photos image has 683x1024 pixels (original) and is uploaded to . The image size is 166267 byte. If you have a problem about intellectual property, child pornography or immature images with any of these pictures, please send report email to a webmaster at , to remove it from web.