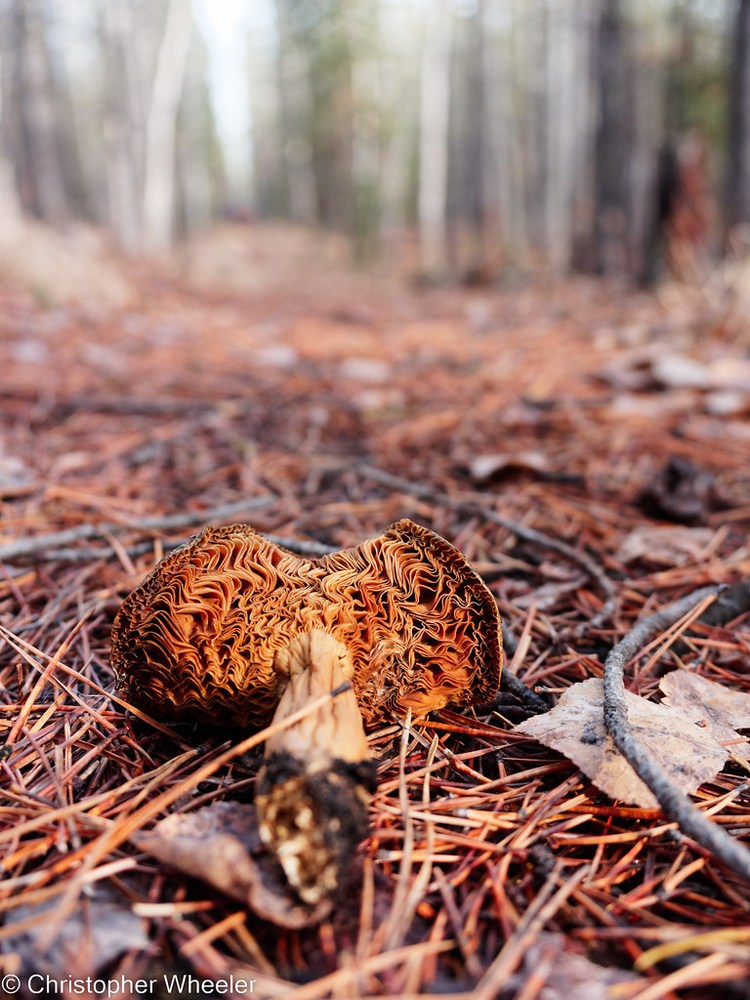 Exploring a new trail is always an adventure, even if that trail is short and close to town. In this case, we had driven north on the North Klondike Highway (aka the Mayo Road) about 19 kilometres to a site just before the Takhini Road exits the highway. Here, there’s a 248 hectare area of forest known as The Gunnar Nilsson and Mickey Lammers Research Forest. Established in the early 1970’s, the area has been used for forest research, education, and recreation pretty much ever since. There are a variety of native and non-native trees in the forest which are monitored for growth, resistance to insects and all sorts of things. School groups visit the forest from time to time to learn about boreal ecology and animal species, while people like me go for the recreational aspects, looking for a good hike, and some inspirational natural beauty. Fortunately, the area is large and the people using it are relatively few, so most days you will hike around a trail and never encounter another person. Except for the very occasional trail post, this place is very much a wilderness. While Joanne and I have walked the trails out here on many occasions, there are so many paths through the forest that you could probably spend a lifetime in this area alone, and never feel that you’d seen it all. It’s an ideal place for a new adventure every week. Take this photo as an example. On the day I took this, we decided to head down a path that we hadn’t done before. It meandered in a great loop all over the forest before finally entering a straight cut that continued almost back to the parking lot. While there was no magnificent and expansive view of a hidden valley, there were the colours. One of the things that was impossible not to notice on this path were the burnt reds of the forest floor. All the dried leaves and the recently deposited conifer needles were defining those reds. The fact that recent rains had made everything wet just added saturation to those colours. What’s more, those reds contrasted perfectly with vivid greens from the abundant mosses and lichens beside the path. As I was walking along thinking about this, I spotted this broken mushroom right in the middle of the path. I didn’t move it there, or adjust its position in any way. It’s colours seemed to mimic those in the needles and fallen leaves, which had presumably been supplying it with the nutrients it needed in life, and yet here it was lying with its food supply and adding to the richness of the view. I had taken other photos to highlight the green and red contrasts off the trail. This one was all about that mushroom, its gills were intricate and beautifully aligned not only in terms of colour but also in their linear aspect with the pine needles all about, and the path ahead. This simple discovery, in itself, and the macroscopic world it represents tells you that adventure and discovery lie everywhere, and usually quite close at hand. I think this image speaks to the interconnectedness of all things, not only in life but also in death. The decaying forest that nurtured the mushroom, would now in turn be nurtured by the mushroom. The relationships are obvious, and to make that discovery in a research forest just extends the the idea into the human realm as well. Photo taken with the Olympus OM-D E-M1 and M.Zuiko 12-40mm f/2.8 Pro. All raw conversion and post processing was performed in DxO PhotoLab.

This Expansive Worlds - everything-is-connected on net.photos image has 768x1024 pixels (original) and is uploaded to . The image size is 253343 byte. If you have a problem about intellectual property, child pornography or immature images with any of these pictures, please send report email to a webmaster at , to remove it from web.