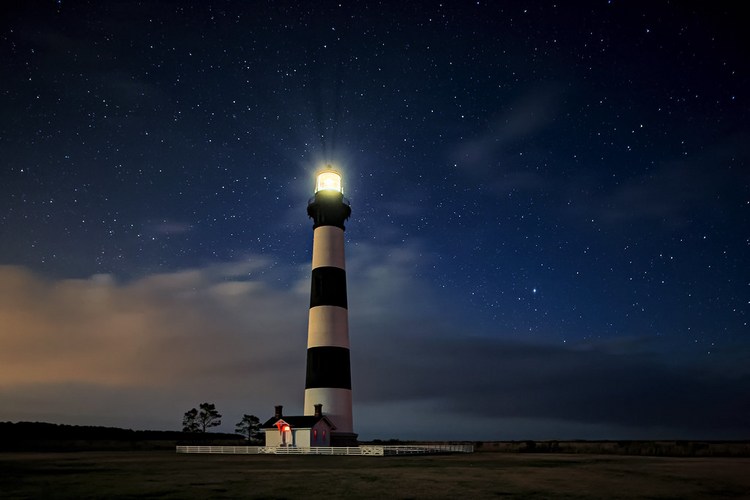 The Lone Ranger and Tonto were hot on the trail of a band of desperados. Riding in the desert for many days, the need for rest overcame them. They decided to set up camp and were soon asleep in their tent. Some hours into the night, the Lone Ranger says, “Tonto, look up and tell me what you see.” Tonto stirs and replies, “I see a million stars.” “What does that tell you?” Tonto ponders for a moment, then says, “Astronomically speaking, it tells me there are many stars spread out from our own galaxy, amid those of countless other galaxies, and potentially billions of planets. Astrologically, it tells me that Saturn is in Leo. Chronologically, it appears to be approximately a quarter past three in the morning. Theologically, it tells that we are small and insignificant, but the Lord is all-powerful, and it is in Him that we find significance. Meteorologically, it seems we will have a beautiful day tomorrow. What does it tell you, Ke-mo Sah-bee?” The Lone Ranger replies, “It tells me that someone stole our tent!” A good rule of thumb for landscape photography is to find a strong foreground element to work with. A waxing quarter-moon setting low in the west lit up Bodie Island Lighthouse pretty solid against the backdrop of a decent portion of the Universe… I believe it fits the bill for a strong foreground. It’s too early in the year for a good shot of the hub of the Milky Way, but this starfield is quite beautiful without it. This is one of the darkest places in North Carolina… Tonto may not have appreciated having his tent stolen here either, though he likely would have been quite happy with these stars. Since 1872, the light from this first-order Fresnel lens has been no less a star than those that surround it here. At 156-feet in height, it is a fixed navigational point reaching some nineteen miles out to sea, beyond the unseen shoals... and, historically, it has saved many a ship and crew from facing the fate of the Graveyard of the Atlantic off the shores of North Carolina’s Outer Banks. Before the inception of this nation, young Alexander Hamilton was traveling aboard the Thunderbolt from his birthplace in the British Leeward Islands to New York for an education. Along the way, the ship encountered a storm off the coast of North Carolina in an area known as the Graveyard of the Atlantic. Without navigational aids, the ship was driven into the Diamond Shoals, sand dunes just below the ocean’s surface stretching 12 miles off Cape Hatteras. The Thunderbolt caught fire from the cook’s stove, yet through the storm, the crew was able to contain it. Many ships had been pulverized by relentless surf at the shoals, drowning hapless crew and passengers often within sight of land. The Thunderbolt managed to break loose, however, and continued its journey… but not before a thoroughly terrorized Alexander Hamilton vowed to one day do something about making these waters safer for travel. Navigation in the days of wind-driven ships involved more than just shooting the sun and stars to determine location… knowledge of weather and ocean current was necessary to move those ships from one place to another in a timely manner. What wasn’t military was commercial… the faster the ships moved, the more profit they made. Ships coming to the colonies north of here from Europe would navigate further south off our Outer Banks to catch the Gulf Stream… they would pick up about 35 mph headed north in the Gulf Stream just off the coast, far faster than going directly port-to-port, but without precise navigation, many a ship found itself squarely in the path of the Diamond Shoals. Thankfully, Hamilton made good on his vow. He became the first Secretary of the Treasury under President George Washington. In that position, he established the Revenue Cutter Service, which would eventually become the U.S. Coast Guard… the Revenue Cutter Service was tasked with building lighthouses to safeguard the traffic at sea along the American coast. These navigational aids were identified by their blink rate at night and by their paint scheme by day. Any lost seafarer would recognize each lighthouse and the dangers it stood over. In light of the world today, this is also quite symbolic to me. I’m reminded of an interview I saw of the late Chuck Colson (www.colsoncenter.org/) by Ted Koppel on Nightline some years ago. "Believing in absolutes doesn't make one an absolutist," wrote Colson about that TV interview where the Koppel accused him of being an absolutist. Colson said, "When Ted asked me why Christians always try to cram our views down people's throats, I was getting nowhere. After all, he was the one who admonished the graduating class at Duke University in his commencement speech that the Ten Commandments were not the Ten Suggestions. Then I remembered he loved to sail. 'Have you ever sailed at night, navigating by the stars?' I asked. 'Yes,' he replied. 'Could you use those stars to navigate if they appeared in different, random positions every night?' 'Of course not,' he said slowly. I think he got it. Christians are not intolerant absolutists. We just don't want our culture to be lost at sea, unaware of the stars above that could so quickly right our course." I believe Tonto got his "Theologically" pertinent point just right.

This Education Galaxy - night-light on net.photos image has 1024x683 pixels (original) and is uploaded to . The image size is 93927 byte. If you have a problem about intellectual property, child pornography or immature images with any of these pictures, please send report email to a webmaster at , to remove it from web.