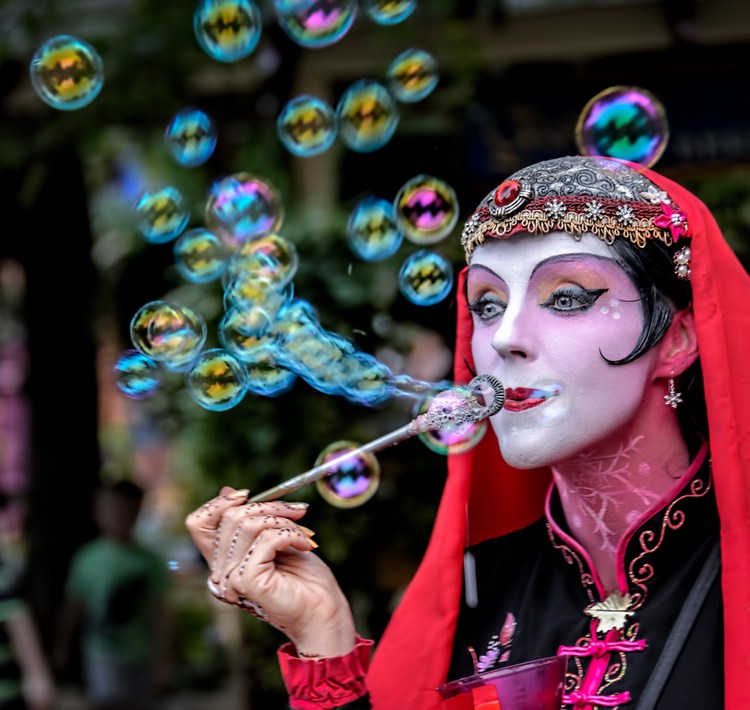 It's back to the archives again, this time for a summer portrait of Serendipity Whippo, a member of the Clan Tynker Family Circus. Back in 2015 when this shot was taken, Serendipity could frequently be seen blowing bubbles at the Bristol Renaissance Faire, near Kenosha, Wisconsin, during its late summer run. I don't know if she's still a regular there. Flickr friends, after Wednesday, I will likely be offline more than online for a while as I take care of a couple of tasks that need attention. See you when I return.

This Couples Costumes - bubblicious on net.photos image has 1024x969 pixels (original) and is uploaded to . The image size is 552165 byte. If you have a problem about intellectual property, child pornography or immature images with any of these pictures, please send report email to a webmaster at , to remove it from web.