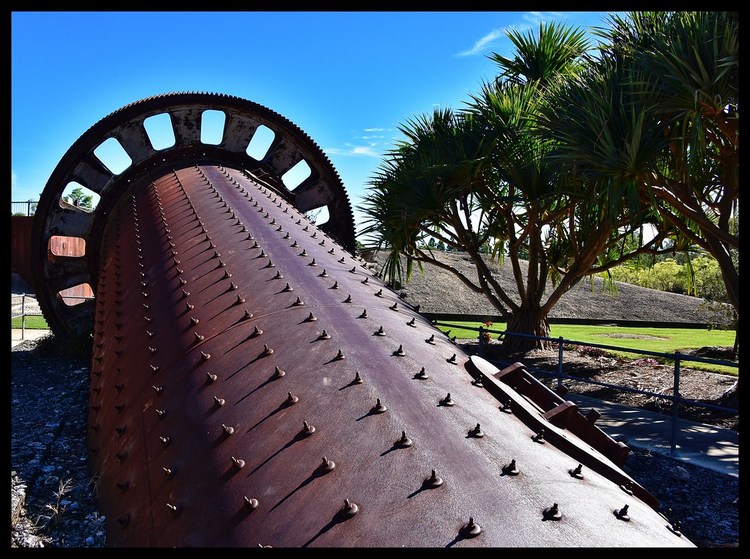 The Queensland Cement and Lime Company opened a plant in the western Brisbane suburb of Darra in 1916 although its roots in the community go back further. For many years, the basic ingredient of cement, limestone was brought by rail from a site way out near Goondiwindi. In the 1930’s, the company obtained a licence to dredge dead coral from Moreton Bay which it brought up the Brisbane River to a wharf at what is now called the suburb of Seventeen Mile Rocks, from which the crushed coral was transported, later by a very long conveyor belt to the cement works at Darra, about two miles away. In 1998, the Government withdrew the approval to dredge the coral and the facility on the river and the cement works closed. Subsequently, the Brisbane City Council took over and developed the riverside site as the Rocks River Park, now containing picnic areas, a massive children’s playground, community garden and displays of old industrial equipment from the cement works and coral crusher. It was a new place for us and the retention of some industrial heritage made it even more interesting. This piece of equipment appears to me to be part of the coral crushing gear. Darra, Brisbane, Queensland en.m.wikipedia.org/wiki/Queensland_Cement_and_Lime_Company

This Children's Place By Me - industrial-spines- on net.photos image has 1023x763 pixels (original) and is uploaded to . The image size is 268368 byte. If you have a problem about intellectual property, child pornography or immature images with any of these pictures, please send report email to a webmaster at , to remove it from web.