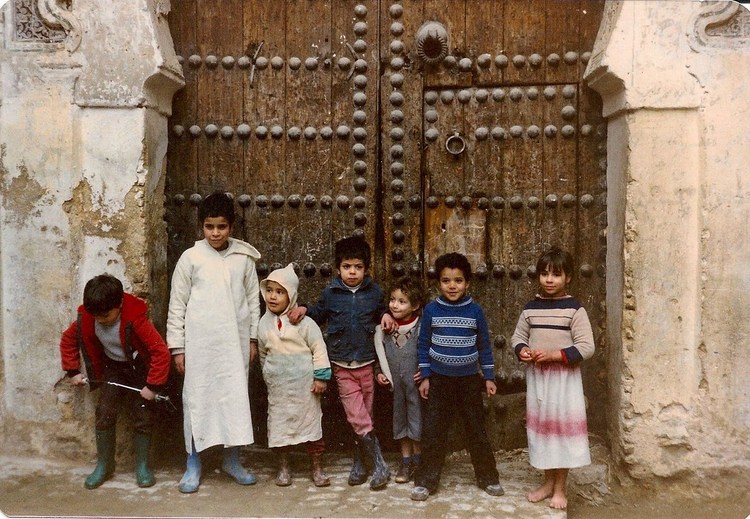 (Continuation of story from Portugal #!) After enjoying the lovely city of Fez for several days, Marvin and I decided to go to Rabat, the capital city of Morocco. I remember going through some towns where the foreign sights and sounds continued to assail my senses. Butchered animals hung in the open markets. The smell of sweet pastries always tempted us. There was the alluring smell of strong coffee was around every corner as coffeehouses were abundant. Once I was tempted to follow Marvin’s advice that we both should go into one and enjoy a cup of coffee. I looked inside and saw only men. I shook my head and said that it seemed to be a place for only men. In an immensely gracious moment, he tried to remind me that the women’s liberation movement had been successful in America. I then reminded him that we were in Morocco and I felt more comfortable respecting the men’s privacy. We wandered off and found an outdoor café where we could see both men and women seated. When we reached Rabat, we found a lovely vibrant city. Our hotel catered to an international crowd and over after dinner drinks, we befriended a group of Moroccan men. They were involved with the sale of falcons. Marvin and I were so intrigued as we had never met men who made a living selling these birds of prey for a living. The conversations were lively and informational. We had mixed feelings about leaving the next day because it was wonderful to be by the sea again, but were mindful of our limited budget. As we were checking out, we saw our new found friends and they called Marvin over to the group. They presented him with a package wrapped in brown paper. It was a present for him. Inside was a Djellaba, the outer garment worn by Moroccan men. He was so touched. He had been declared, one of them. Not only was he American but he was also Jewish. I was equally overwhelmed by this thoughtful gesture of friendship and this moment lingered with me throughout all of these years. On the streets of Rabat, these children eagerly posed for me in front of this old beautiful door some thirty years ago.

This Children Of Men - portugal-morocco-10- on net.photos image has 1023x708 pixels (original) and is uploaded to . The image size is 262657 byte. If you have a problem about intellectual property, child pornography or immature images with any of these pictures, please send report email to a webmaster at , to remove it from web.