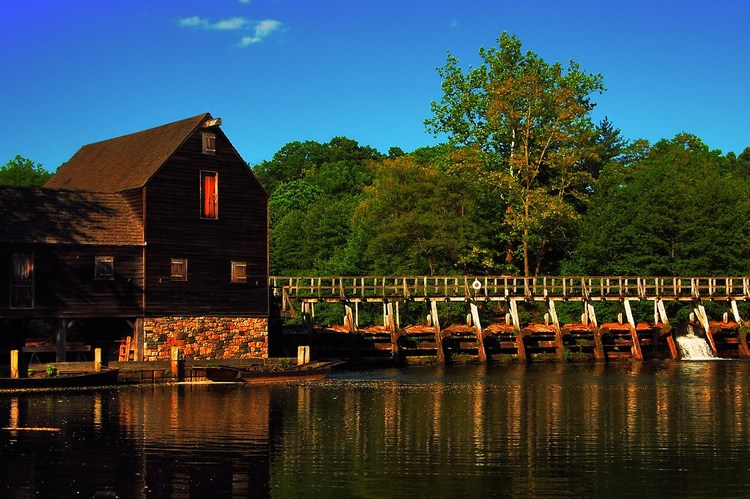 "The Legend of Sleepy Hollow" project link : www.flickr.com/photos/zhangwei0119/sets/72157618824545641/ Philipsburg Manor is a historic house, water mill, and trading site located on US 9 in the village of Sleepy Hollow, New York. The manor dates from 1693 when Frederick Philipse of Yonkers was granted a charter for 52,000 acres along the Hudson River by William and Mary of England. He built Philipsburg Manor at the confluence of the Pocantico and Hudson Rivers, creating it as a provisioning plantation for the Atlantic sea trade and as headquarters for a world-wide shipping operation. For more than thirty years, Frederick and his son Adolph shipped hundreds of African men, women, and children as slaves across the Atlantic. By the mid 18th century, the Philipse family had one of the largest slave-holdings in the colonial North. The manor was owned by an Anglo-Dutch family of merchants, tenanted by farmers of various European backgrounds, and operated by enslaved Africans. (In 1750, twenty-three enslaved men, women, and children lived and worked at the manor.) Now a National Historic Landmark (as of 1961) , the farm features a stone manor house filled with a good collection of 17th-and 18th century period furnishings, a working water-powered grist mill and millpond, an 18th century barn, a slave garden, and a reconstructed tenant farm house. Costumed interpreters re-enact life in pre-Revolutionary times, doing chores, milking the cows, and grinding grain in the grist mill.

This Children Of Men - -the-legend-of-sleepy-hollow-2-phillipsburg-manor-water-mill on net.photos image has 1024x681 pixels (original) and is uploaded to . The image size is 240476 byte. If you have a problem about intellectual property, child pornography or immature images with any of these pictures, please send report email to a webmaster at , to remove it from web.