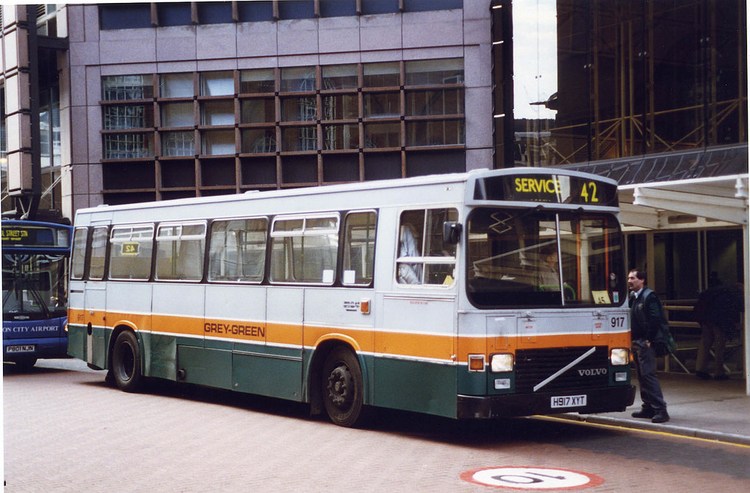 Following the collapse of the Q Drive group in October 1998 the local management set up Independent Way Ltd to take over the Limebourne bus operation at Battersea. The new company had a difficult birth. For one thing, it had no O licence, and so arrangements had to be made for its vehicles to run on other operators’ discs until one could be obtained. For another, it had no leasing agreements, and the finance companies moved quickly to repossess the existing fleet. Fortunately it was able to hire a batch of Volvo B10M-55 / East Lancs from Arriva London North East (Grey-Green as was) which were redundant following the latter’s loss of the contract for route 210 (one Limebourne driver complained that it was impossible to keep to time with these vehicles because they were too fast!) H917 XYT at Liverpool Street station on route 42 21st November 1998

This Cars On Finance Liverpool - independentway-limebourne-arrivalne-h917xyt-liverpoolst-211198 on net.photos image has 1024x673 pixels (original) and is uploaded to . The image size is 210783 byte. If you have a problem about intellectual property, child pornography or immature images with any of these pictures, please send report email to a webmaster at , to remove it from web.