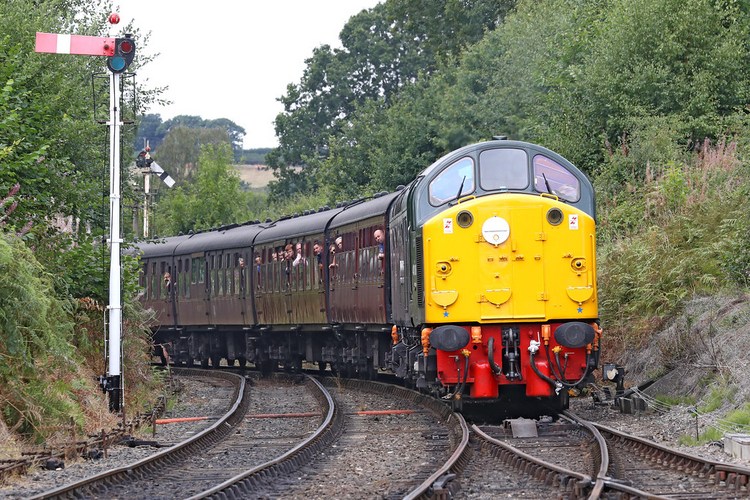 Visiting Class 40 No. 40106 Atlantic Conveyor approaches Arley station en route from Bridgnorth to Kidderminster on the Severn Valley Railway. 40106 was named ‘Atlantic Conveyor’ in memory of the Cunard cargo ship and those on board who lost their lives in the 1982 Falklands war. The loco gained world-wide attention in a brief film career. Cleverly disguised as D326, the loco was used in a re-enactment of the ‘Great’ Train Robbery for the hit movie “Buster”. Filming took place at the Great Central Railway on 29th October 1987. Thanks for your visit… Any comment you make on my photograph is greatly appreciated and encouraging! But please do not use this image without permission.

This Cars Movie Names And Images - 40106-class-40-atlantic-conveyor on net.photos image has 1024x683 pixels (original) and is uploaded to . The image size is 357588 byte. If you have a problem about intellectual property, child pornography or immature images with any of these pictures, please send report email to a webmaster at , to remove it from web.