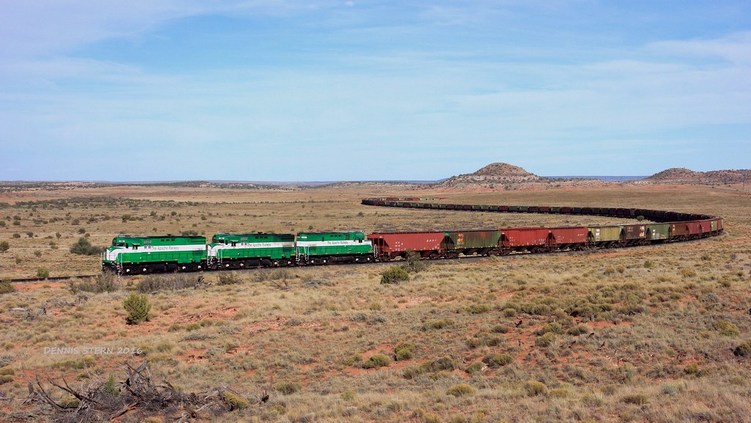 With solid info in hand that 99 empty cars for storage were due into Holbrook by the BNSF and the Apache was running an extra day to haul them in, the plan was cast for the day. The BNSF delivery was made late in the morning, while the Apache had to shuffle cars out by what's left of the papermill to accommodate the train. After 2 1/2 hours to put the train together, inspect it, and air test it, they hit the road. At a blistering pace of 20mph, the 3 ALCo's were barking pretty good as they came into view from Snowflake Jct. In a view not seen since the end of the Blue Looper back in 2012, the curves are full with cars and loco's as they make their way to the yard. Through talking to the engineer after he was off for the evening, he related that they were 500 tons from being maxed out on the power and he had no room to play with the throttle like he usually does for pictures.

This Cars 3 Cast - apa-99-sb-mp34-snowflake-az-10-3-16 on net.photos image has 1024x577 pixels (original) and is uploaded to . The image size is 163531 byte. If you have a problem about intellectual property, child pornography or immature images with any of these pictures, please send report email to a webmaster at , to remove it from web.