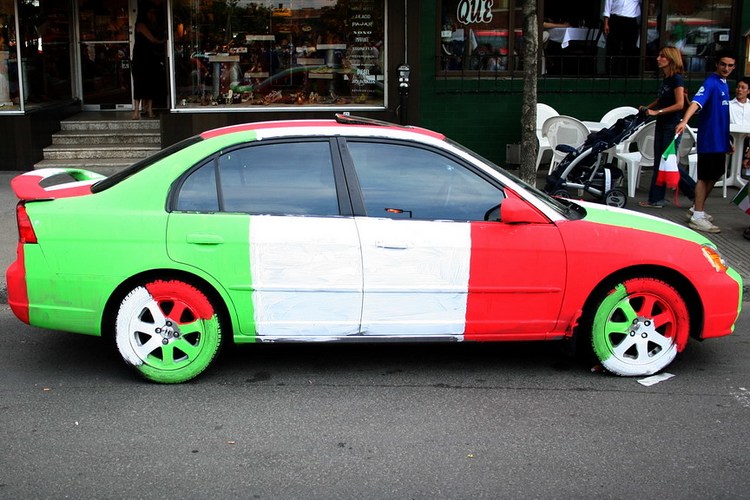 Italian Civic car painted to celebrate Euro2006 This was taken after Italy won against France in the semi-finals in World CUP 2006. Playing his last game before retiring, Zinedine Zidane's career ended in disgrace after he was sent off for crazily headbutting Marco Materazzi. Italy then celebrated its victory in the 2006 World Cup, which they won without having to confront the Brazilians.

This Cars - car on net.photos image has 864x576 pixels (original) and is uploaded to . The image size is 164858 byte. If you have a problem about intellectual property, child pornography or immature images with any of these pictures, please send report email to a webmaster at , to remove it from web.