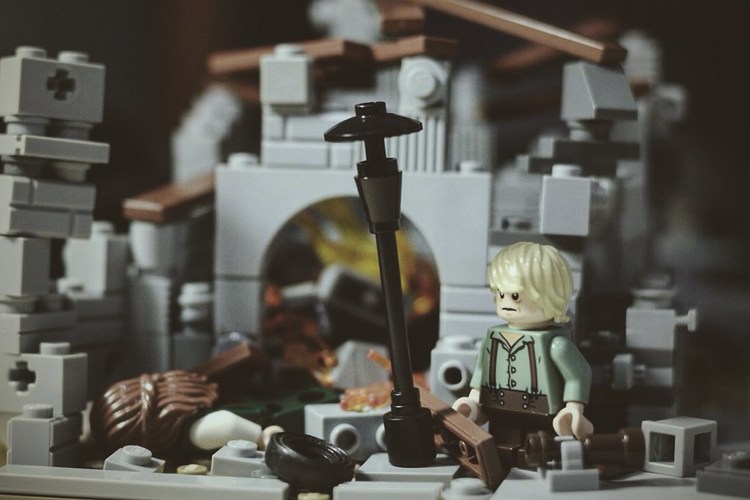 A Place I Used To Call Home.

"I had looked forward to this evening for quite some time now. Mother had invited a group of her friends over for tea and cards, giving me the chance to engage in one of my favorite activities. I waited until they settled into their game, with merry laugher drifting from the other room. Then, ever so quietly, I eased the front door open and slipped outside. Now, the fun part. You see, I had developed a game with my neighbor friends. We would steal away some nights, and pretend we were spies, dodging the guards that patrolled the dark streets. We never stopped to consider what would happen if we actually got caught, but that didn't matter. We were young, and the soldiers that walked the streets were mostly fat old men who had been forced into the service. I arrived at the regular meeting place, hoping that at least three or four of us would show up. I waited and waited, but no one came. Being quite bored by now, I decided to go it alone. As I made my way down the street, I noticed a bobbing light up ahead. Diving into a doorway, I watched from the shadows as the yawning uniformed man strolled leisurely past my position. Once he was far enough past, I tip-toed out and headed the opposite direction. Suddenly, a high-pitched scream sliced though the night air. At first I thought I'd been caught. But then, I realized it was much worse! Air raid! I took off for home as fast a my legs could carry me. In the distance, I could see the flashes and hear the bombs exploding. They chaos drew closer and closer. I realized I would never make it home before the wave of death passed over me, so I began frantically knocking on doors, praying someone would let me inside. But everyone was either too scared to answer the door, or couldn't hear my screaming over the sound of the explosions. A building down the street had a large bomb sail through its roof, and the concussion of the fireball knocked me to the ground. Dazed, I lay there as bomb after bomb fell around me. How I survived, I'll never know. Finally, the American bombers finished their murderous business and turned for home. All around, the sounds of fire, screams, and sirens filled the air. Staggering to my feet, I began walking home. But all my landmarks lay in pieces. Businesses, homes, and people lay scattered about the streets. When I finally arrived home, there was nothing left. I was so shocked, I couldn't even cry. I just stood there, staring at the corpse of my once joy filled mother, who now lay dead in the street. I am an old man now, and have heard many stories of the horrors we Germans committed in the war. I will not deny that. But when I hear of the Americans fighting for freedom in a just war, I cannot see them as heros. No, what I think of is the image of the cold body of my mother, laying face down in the street, as my world fell down around me........." I haven't done a scene with a long story in forever, so I threw this together. It's pretty grim, but after reading this: www.rense.com/general39/allied.htm ,I felt like people don't realize the horrors the German people went through. This post is not political, it is humanitarian. Also, if you do read the linked article, be forewarned. It is extremely graphic. I've done a lot of reading on the hell of war, but this was so bad I almost had to stop. So, proceed with caution.

This Business Cards Near Me Now - a-place-i-used-to-call-home- on net.photos image has 1023x682 pixels (original) and is uploaded to . The image size is 96240 byte. If you have a problem about intellectual property, child pornography or immature images with any of these pictures, please send report email to a webmaster at , to remove it from web.