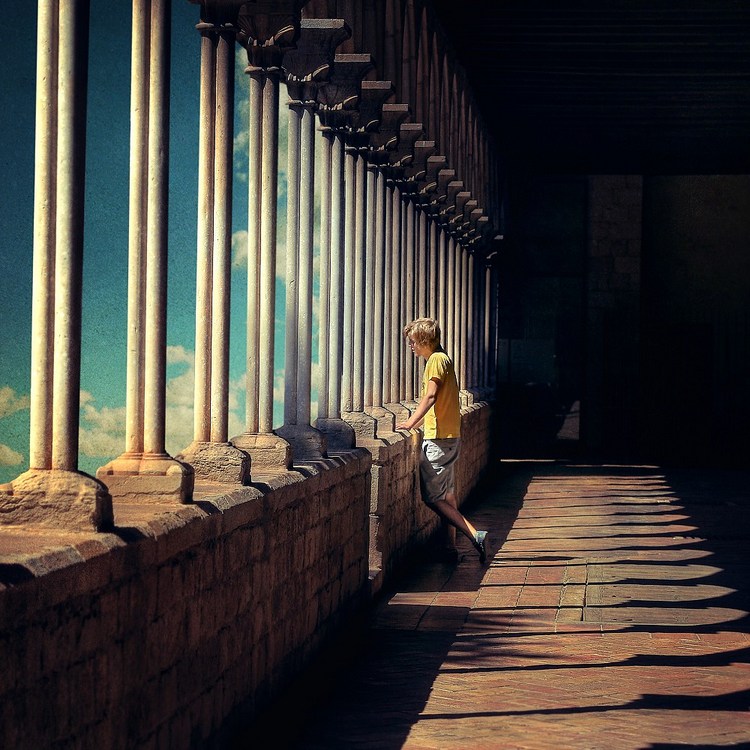 "Time weighs down on you like an old, ambiguous dream. You keep on moving, trying to sleep through it. But even if you go to the ends of the earth, you won't be able to escape it. Still, you have to go there - to the edge of the world."

Wow, can´t believe it took me 3 months (exactly) to upload a new photo here. I´m a super irresponsible contact. I´ve missed photography - last time I took any photos was in September while I was in Barcelona. Over 7000 of them, to be precise, and I was so lazy to edit them that I ended up losing all enthusiasm. Plus the weather´s shitty which puts me down. I´ve started a new school, from the scratch. So I´m in Prague now, living in a flat with a girl from Spain, Raquel :). Which is awesome, really. However neglecting the photography part of my life hasn´t done me any good since I feel rather depressed about it. So without promising anything (as I do that way too often and always break the promises) I really hope I´ve caught a second breath and will stick to it a bit longer for now. Yay, I missed flickr too :). Although now I´m sort of demotivated when I imagine how many photos I have to go through to catch up...Time to start, eh? :)

This Barcelona Weather September - -time-weighs-down-on-you-like-an-old-ambiguous-dream-you-keep-on-moving-trying-to-sleep-through-it-but-even-if-you-go-to-the-ends-of-the-earth-you-wont-be-able-to-escape-it-still-you-have-to-go-there-to-the-edge-of-the-world- on net.photos image has 1000x1000 pixels (original) and is uploaded to . The image size is 301488 byte. If you have a problem about intellectual property, child pornography or immature images with any of these pictures, please send report email to a webmaster at , to remove it from web.