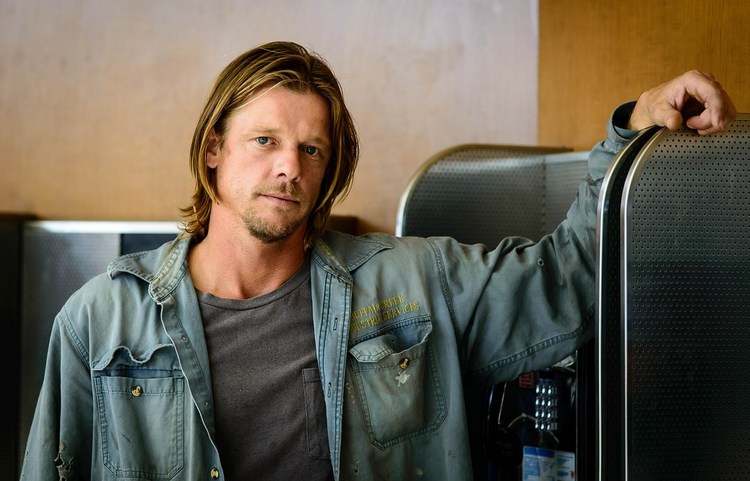 I was walking around downtown for about an hour searching for anything to shoot, but unfortunately I was not feeling any inspiration at all. That is when I came across the main Greyhound bus terminal in town, and I figured; why not? I have not been in the bus station for years, and I figured I couldn’t do any worse than I had already doing. I entered the station, grabbed a seat, and then just sat there and observed for a while. I still didn’t know what exactly I was looking to shoot except that I wanted something or someone I found interesting. It wasn’t long before I spotted the person who would become Stranger # 134. It’s a funny thing for me…I can observe and pass on hundreds of potential strangers, but when that one person catches my attention it becomes almost an obsession with me. I don’t know why or what triggers this reaction, but when it happens, I know that I either have to react or walk away with regret. And so it was as I sat there contemplating my next move. I liked the bus station because outside of the occasional bus coming or going, everyone was stationary with nothing to do but sit. This gave me time to think my portrait through. As I was scanning the area, my potential stranger got up from his seat and walked over to use a pay phone (you seldom see this anymore). That was fine with me as I was still sizing up the lighting situation and potential backgrounds. The light in most of the terminal was artificial and dull, but I realized the area near the row of pay phones was receiving a decent amount of natural light through the large doors thru which people boarded or disembarked buses. Scanning the environment a little more, I really zeroed in on the payphones because not only did I find them interesting, but they were altogether appropriate considering my would-be model was making a call on one of them. I actually waited until my stranger completed his call and returned to his seat before I approached him. I don’t think I had even completed my request before he agreed to the portrait. Thinking back on it, riding buses and sitting in bus stations can be such a painfully boring proposition that he probably welcomed anything to break up the monotony. I told him I wanted shoot him by the pay phones because I liked the lighting, so as the two of us strolled back over to the phones we had a chance to get acquainted. His name was Brian, and I told him that I liked his look… I said that he had a little of the ‘Brad Pitt’/ ‘bad boy’ thing working for him. He said he was a little surprised that I found him to be an appealing model because he had been wearing the same work clothes for several days, much of that time riding the bus. He told me that he had walked off his job in Lubbock Texas two days prior and headed straight for the local bus station and a one way ticket home. For those of you unfamiliar with US geography, a bus ride from west Texas to northeast Ohio is a really really long haul. He was now waiting for the final leg of his journey that would take him home to Akron, Ohio (about an hour away). In hindsight, maybe I should have asked him to remove his work shirt as it is obviously a bit of a mess, but then I would have missed out on this piece of Brian’s vagabond story…and I always like telling a story. Check out the rest of the stranger street portraits in my project at Paco's 100 Strangers Project and find out more about the project and see pictures taken by other photographers at the 100 Strangers Flickr Group page.

This Backgrounds For Phones Funny - stranger-134-brian on net.photos image has 1024x657 pixels (original) and is uploaded to . The image size is 145163 byte. If you have a problem about intellectual property, child pornography or immature images with any of these pictures, please send report email to a webmaster at , to remove it from web.