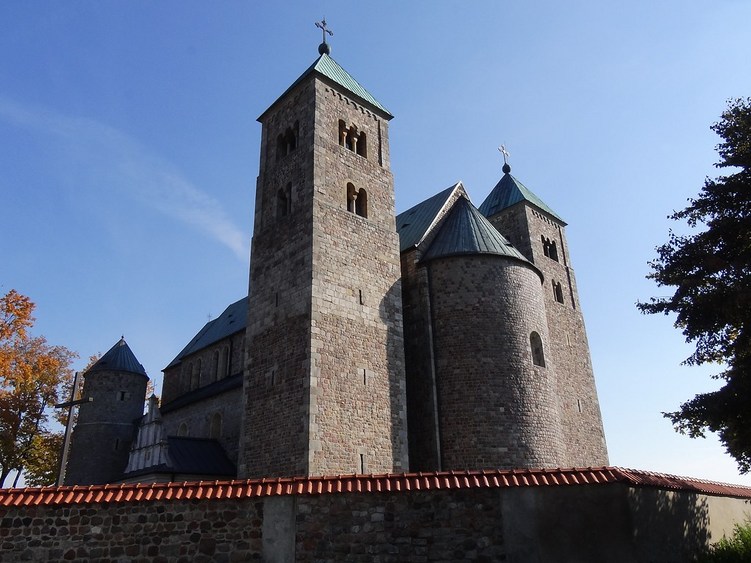 The Collegiate church of St. Mary and St. Alexius in Tum is a Romanesque church of granite built during the years 1140–1161 in Tum in central Poland (about 3 km or 2 mi east of the town of Łęczyca). The church was built in opus emplectum style and has the form of an aisled basilica with galleries, twin-tower west facade and two apses (west and east). Round turrets at the east were added during reconstruction after WWII. The church resembles the Wawel Cathedral founded by Władysław I Herman. It was rebuilt in 15th and at the end of 18th century and burned in 1939; reconstruction works ended in 1954. The main (north) portal is sculpted and dates back to the first half of 12th century. The crucifix inside the church was designed in 1943 by Józef Gosławski. pl.wikipedia.org/wiki/Kolegiata_w_Tumie

This Architecture - architecture on net.photos image has 1024x768 pixels (original) and is uploaded to . The image size is 184440 byte. If you have a problem about intellectual property, child pornography or immature images with any of these pictures, please send report email to a webmaster at , to remove it from web.