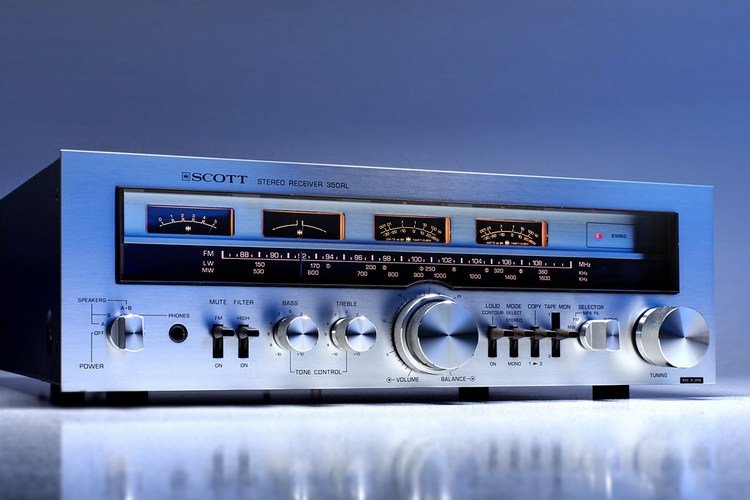 1978 A Scott receiver of the 3xx series from the late seventies made in japan. With 60 watts per channel it produces a powerful sound. The special features of the receiver are two VU-meters for L/R channels as well as three wavebands FM, MW and even LW. An excellent mid-range stereo vintage by Scott. With a little luck you can find one today ...

This April Scott - scott-350rl-stereo-receiver on net.photos image has 1023x682 pixels (original) and is uploaded to . The image size is 133236 byte. If you have a problem about intellectual property, child pornography or immature images with any of these pictures, please send report email to a webmaster at , to remove it from web.